With Love in Sight

“An aging spinster at 26, all Imogen Duncan sees ahead of her is a life of servitude to her overbearing mother. Her London Season has passed and her desperate shyness and reserved demeanor has destroyed any chance for a match. As her younger sister Mariah begins her own Season and must choose between many suitors, Imogen believes her chances for excitement are well and truly past. But a case of mistaken identity and an unintended kiss brings an excitement into her life that she never dreamed of.

Burying the guilt he suffers from his brother’s death a decade ago beneath a life of debauchery, Caleb Masters, Marquess of Willbridge is content enough to meet willing widows in dark gardens to numb the pain. But he is wholly unprepared when an innocent miss stumbles into his life, turning his superficial world on its head.

Drawn to the quiet, kind girl, whose kiss he stole, Caleb and Imogen form an unlikely friendship. But the more Imogen reveals of her wit and charm, the deeper Caleb finds himself falling for this bespectacled beauty. Refusing to let Imogen be tainted by his demons, he does everything in his power to fight the growing attraction. But when friendship turns to passion the situation between them takes an irreversible turn.

Caleb learns that behind Imogen’s placid exterior lies a will of steel when, to his bafflement, she refuses his marriage proposal. But now that he has possessed her, he cannot let her go so easily. Can Caleb convince Imogen to give him a chance—and to perhaps heal his soul in the process?”

Excellent read! Particularly with this being a debut novel, I loved it. Christina Britton created a very relatable main character, a 26-year-old spinster, like myself.

The only flaw I could find is that the characters lack communication skills. Interpersonal skills seem to not have existed in the Regency era. If they had spoken candidly early on into their scuffle, this book would be half as long.

I adored how family played a part in the novel, on both Caleb and Imogen’s sides, particularly sibling bonds. It fleshed out the characters more thoroughly.

Gratefully, there was no insta-love in this story. The plot was steady with a good timeline between events making it seem much more realistic.

I definitely recommend this read to historical romance lovers! 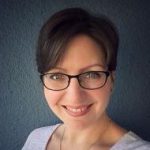 “Christina Britton developed a passion for writing romance novels shortly after buying her first at the tender age of thirteen. Though for several years she turned to art and put brush instead of pen to paper, she has returned to her first love and is now writing full time. She spends her days dreaming of corsets and cravats and noblemen with tortured souls.

She lives with her husband and two children in the San Francisco Bay Area. A member of Romance Writers of America, she also belongs to her local chapter, Silicon Valley RWA, and is a 2017 RWA® Golden Heart® Winner. You can find her on the web at www.christinabritton.com, Twitter as @cbrittonauthor, or facebook.com/ChristinaBrittonAuthor”

I received this book from the publisher, via NetGalley, in exchange for an honest review.