Everything All at Once: How to Unleash Your Inner Nerd, Tap Into Radical Curiosity and Solve Any Problem

“Bill Nye has been the public face of science for more than 20 years. In Everything All At Once, the New York Times bestselling author issues a call to arms meant to rouse everyone to become the change they want to see in the world. Whether addressing global warming, social change, or personal success, there are certain strategies that always get results: looking at the world with radical curiosity, being driven by a desire for a better future, and being willing to take the actions needed to make change a reality.

With his signature humor and storytelling, Bill shares how he has developed specific techniques for what he calls the “everything all at once” lifestyle, from his childhood scouting adventures and his career at aerospace companies to the development of his famous Science Guy television show. This approach requires the nerd mindset: a way of thinking that leaves no stone unturned. It’s about learning to solve problems through exploration, trial and error, and sheer creativity. Problem-solving is a skill that anyone can harness to create change, and Bill Nye is here to show us how to sort out problems, recognize solutions, and join him in changing the world.”

I have definitely a huge fan of Bill Nye (like many, my adoration of him started with Bill Nye the Science Guy). This is the third book of Nye’s I have read, and I found it entertaining, but not quite as good as Undeniable and Unstoppable.

While I did not enjoy this one as much as the others, this is not a bad book by any means, it just tends to be more biographical than the others. This does help explain Nye’s point of view but was not what I was expecting.

Because I listened to a majority of this book (on audible), it took me a while to get through. I typically only manage to get to audiobooks when I am doing a mindless activity (and I’ve finished my podcasts for the week). I ended up finishing this book while assembling an IKEA wardrobe and rearranging my bedroom. A lengthy task that allowed me to finish the last five hours of this book in one go.

The best part of the audiobook was that it was narrated by Bill Nye, making it feel as if he is speaking directly to you. He regaled numerous tales, one account that stuck with me the most had to do with how where one lives and who they are related to can influence one’s political views. He told of how he is progressive but has a brother-in-law who is not.

Overall this is a good, informative book that I recommend. 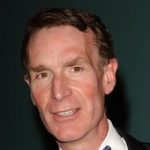