The Eye of Minds

“Michael is a gamer. And like most gamers, he almost spends more time on the VirtNet than in the actual world. The VirtNet offers total mind and body immersion, and the more hacking skills you have, the more fun. Why bother following the rules when most of them are dumb, anyway?

But some rules were made for a reason. Some technology is too dangerous to fool with. And one gamer has been doing exactly that, with murderous results.

The government knows that to catch a hacker, you need a hacker. And they’ve been watching Michael. If he accepts their challenge, Michael will need to go off the VirtNet grid to the back alleys and corners of the system human eyes have never seen—and there’s the possibility that the line between game and reality will be blurred forever.”

To preface this, I only read this book to help my younger sister. She is not a reader but had to read a book for the summer reading program for her school. She chose this one, and I, being a wonderful sister, told her I would read it too so that I can help her with the assignment.

I was pleasantly surprised with this novel. As I was not expecting to like it because it is not my usual genre. I read the Maze Runner trilogy before and was not the biggest fan, so I did not hold high expectations for this one. I was thoroughly entertained throughout the story. Michael is such an interesting character. I was a bit suspicious in the middle of the novel, but that plot twist was more than I anticipated.

While I enjoyed this novel, I am still not sure whether I’ll continue on with the series (as my TBR is never-ending already), but it is a possibility. 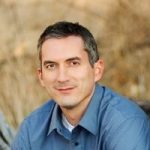 “James is the author of THE MAZE RUNNER trilogy and THE 13TH REALITY series. He also published a series (beginning with A DOOR IN THE WOODS) with a small publisher several years ago. He lives and writes in the Rocky Mountains.”